by Brenda Score on January 21, 2022
Jump to Recipe
This post may contain Amazon or other affiliate links. As an Amazon Associate I earn from qualifying purchases. 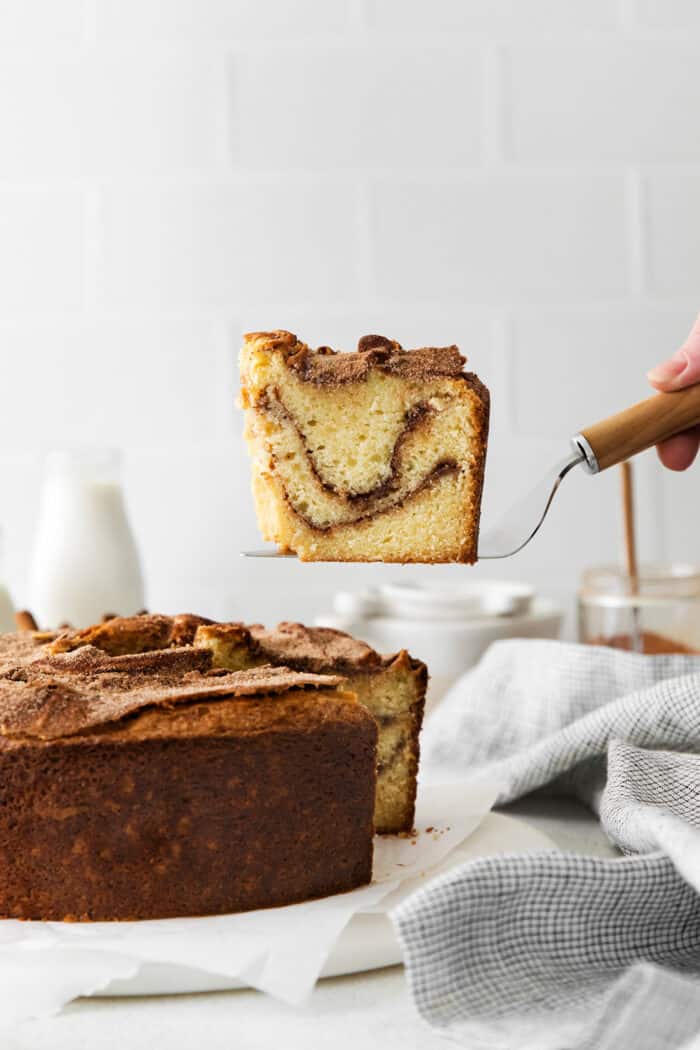 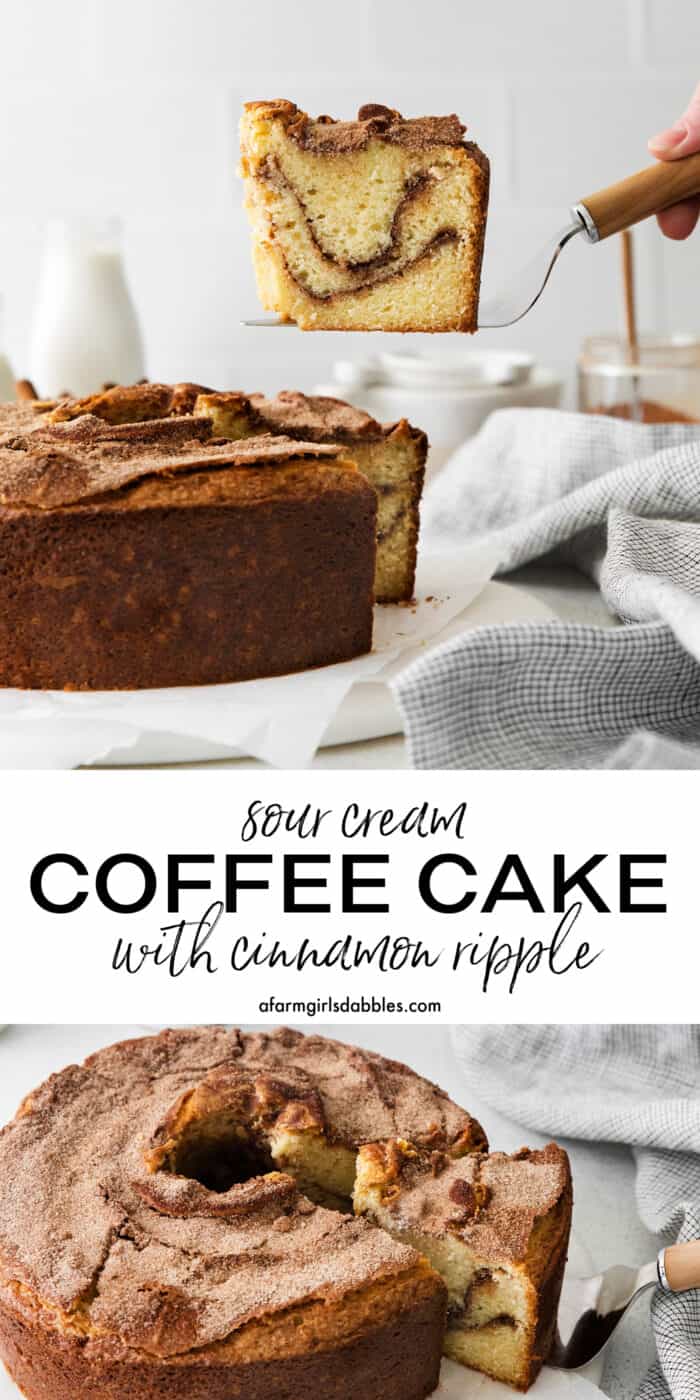 Breakfast, brunch, or dessert, this Sour Cream Coffee Cake with Cinnamon Ripple does not disappoint. It’s moist and tender from sour cream, with an irresistible cinnamon sugar ripple and topping!

This Sour Cream Coffee Cake with Cinnamon Ripple was inspired by the days when Mom used to make my grandma’s coffee cake recipe. Simple as that coffee cake was, I adored it for its moistness and that crispy cinnamon sugar topping.

This coffee cake is a bit more of a showpiece than my grandma’s, as this one’s baked in a tube pan, with beautiful ripply layers of cinnamon swirl baked into each and every slice. Plus a hefty sprinkling of cinnamon sugar over the top that gets all crackly-shattery from the heat of the oven – the texture adds such a fun contrast to the tenderness of the cake below.

With less than 10 ingredients and a few simple steps, you won’t believe how easy it is to make this richly flavored coffee cake. Sour cream and cinnamon sugar for the coffee cake win!!

Why use sour cream in cake?

Adding sour cream to baked goods is a trick that allows you to add moisture without thinning out the batter. In the case of this cinnamon coffee cake, it helps create a moist and tender crumb. Plus it adds a wonderful little tang to the flavor of the cake. I love it!

How to Make Sour Cream Coffee Cake with Cinnamon Ripple

This sour cream coffee cake is very easy to make – let’s do this!

Coffee cake is typically served with…you guessed it, coffee. This can be in the morning for breakfast, at brunch, or for afternoon dessert. There’s really no right or wrong time to eat coffee cake. And it’s absolutely not a requirement to eat it with coffee. So, quite simply, enjoy this cinnamon swirl coffee cake whenever you want, however you want!

Leftover cinnamon coffee cake can be stored on the countertop at cool room temperature for a few days. It can also be stored in the fridge for up to 5 days. Just note that if you cover the cake, the cinnamon sugar topping will lose its crispness.

Adapted from Taste of Home.

As an Amazon Associate and member of other affiliate programs, I earn from qualifying purchases.

We participate in the Amazon Services LLC Associates Program, an affiliate advertising program designed to provide a means for us to earn fees by linking to Amazon.com and affiliated sites. See our disclosure policy for more info.
Breakfast Cake Christmas Dessert Easter Holiday Recipes Thanksgiving