Layered Pumpkin Pie in a Jar

This recipe for Layered Pumpkin Pie in a Jar is my favorite way to enjoy the warm spiced flavors of traditional pumpkin pie. The dessert is creamy, and oh-so-fun and pretty in jars. And I love that it can be made the day before serving! 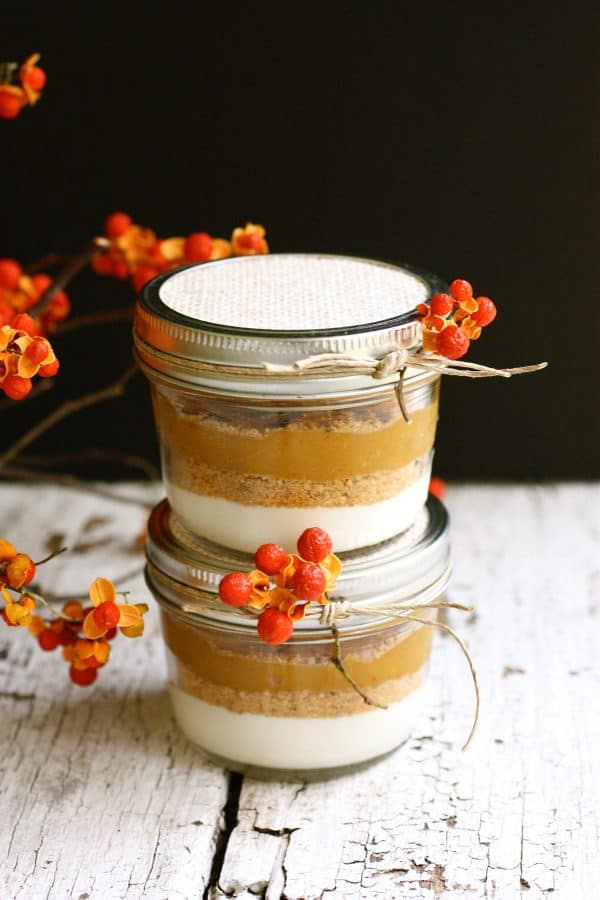 It didn’t take more than a couple dips of their spoons into these jars, for my husband and oldest daughter to declare that I could most definitely make this layered pumpkin dessert again.

And I do agree.

This recipe for Layered Pumpkin Pie in a Jar is a keeper! 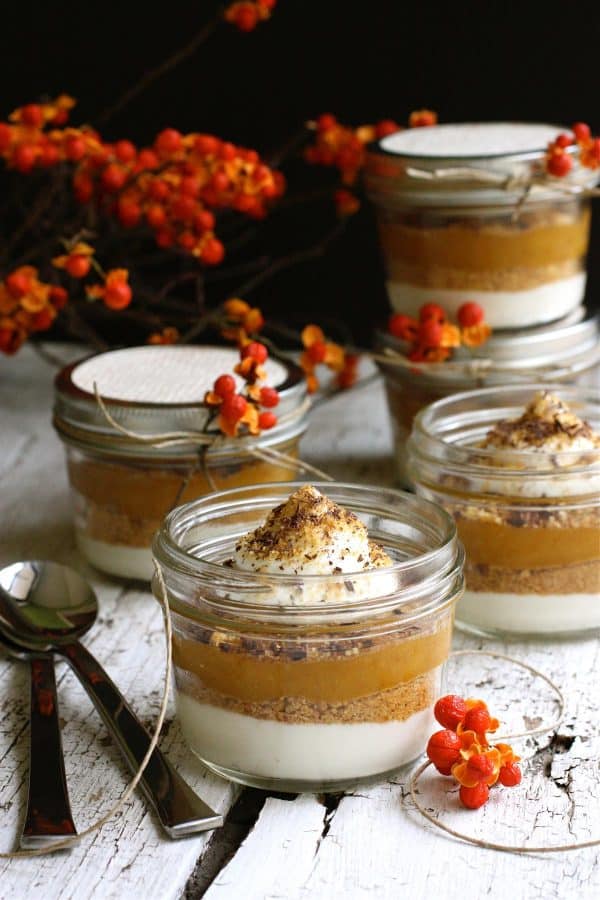 You might recall that I’m not the biggest traditional pumpkin pie fan.

I just think an exceptional one is hard to come by. Which is why I usually make pumpkin cheesecake…perfectly tall, creamy, and fall-spiced.

Layered Pumpkin Pie in a Jar

For many years, early on in my baking, I turned to a layered pumpkin pie recipe from Kraft that utilized vanilla pudding and cream cheese. Everyone always loves its untraditional pumpkin pie texture, especially kids (and my husband!).

So I decided to pipe those creamy layers into jars this year. This no-bake pumpkin pie in a jar  recipe makes for super fun individual portions. They’re both beautiful to look at and easy to transport to your Thanksgiving feast at Grandma’s house. 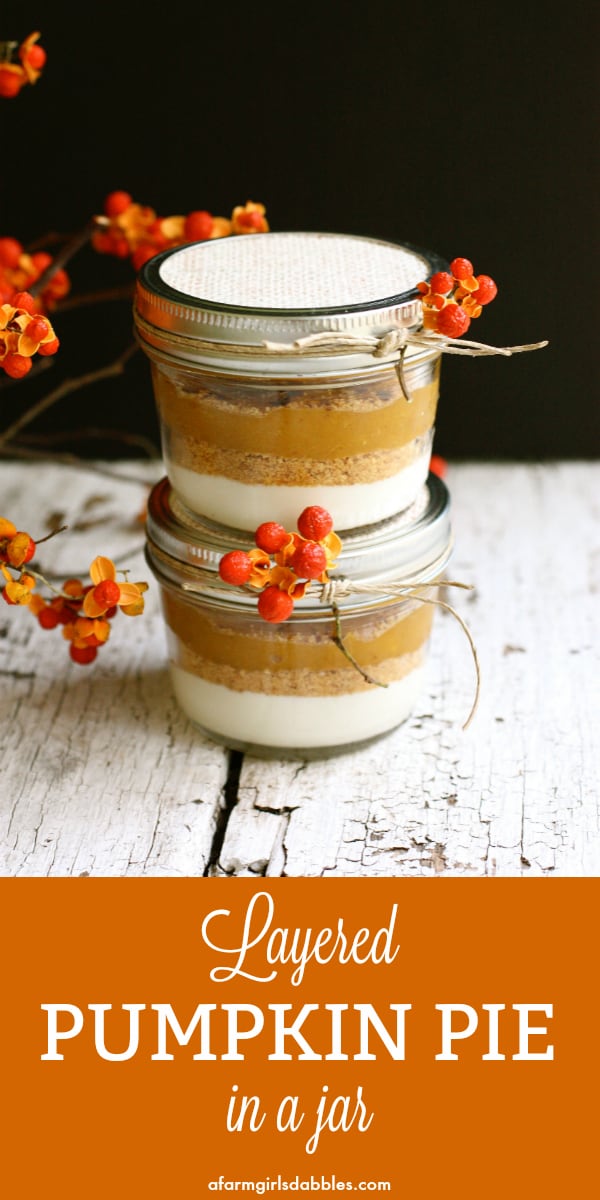 for the graham cracker crust layer:

for the whippy cream cheese layer and finishing dollop of sweetened whipped cream:

for the pumpkin layer:

These jars of pie can easily be made the day prior to serving. In fact, I think they taste best after being completely chilled overnight.


Amount Per Serving: Calories: 230
A few more pumpkin desserts that you might like: Pumpkin Cheesecake Bars from She Wears Many Hats, Pumpkin Cake with Cinnamon Honey Mascarpone Frosting from Beyond Frosting, and Pumpkin Chocolate Chip Cookies from Barbara Bakes. 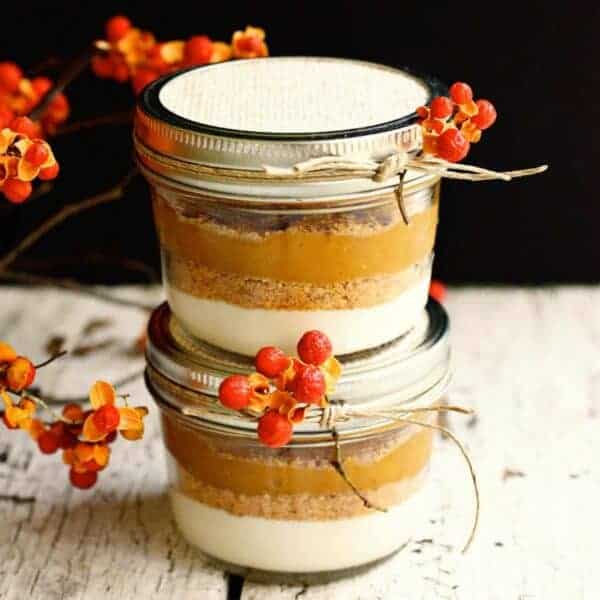 (This post was previously published in 2011. Some of the photographs and some of the text were updated in 2018.) 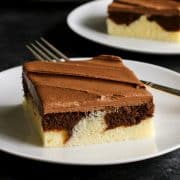 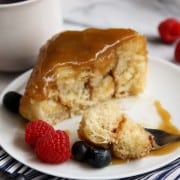 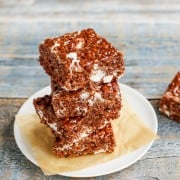